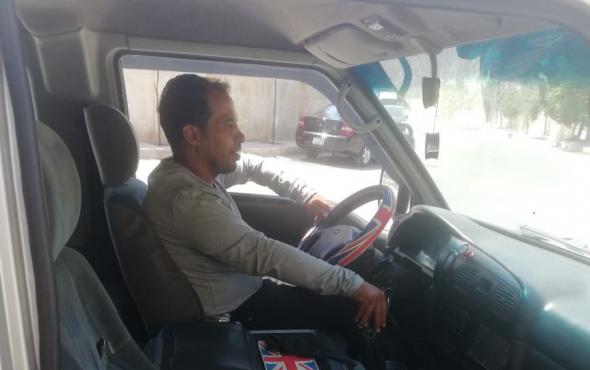 Back to stories
Jordania

Ahmed's return to Jordan was difficult at first. But thanks to the intervention of Caritas and the lifting of COVID-19 measures, he was finally able to achieve his project.

Ahmed lived in Europe for six years before returning to Jordan in early 2020. He tried to apply for asylum in Germany, where he had joined his sister, and then in Belgium, but without success. He found odd jobs in construction, but nothing that really allowed him to live a stable life. On learning of his mother's declining health, he decided to return to live with her.

For his return, Fedasil granted him support for a professional reintegration project. Ahmed had been a bus driver before leaving Jordan. So it was only natural that his thoughts turned to the purchase of a minibus. Although it did not seem that the budget would be sufficient for such a purchase, Ahmed was confident. He was also given other, smaller-scale support for medical care.

A few weeks after his return, Jordan, like many other countries, went into lockdown. His reintegration project had therefore to wait. As the months went by, Ahmed and his mother's situation became more and more difficult with no possibility of income. Caritas International then intervened, and with the agreement of Fedasil, part of the budget was freed up in cash to meet their most pressing needs.

Fortunately lockdown was finally lifted, and with the help of a volunteer from Caritas Jordan, Ahmed finally found a bus: the purchase was part-financed by the reintegration budget, and the other part will be paid monthly by Ahmed.

Since most of the health measures were lifted after the first lockdown, Ahmed was soon able to offer his services to students and workers. But as the virus persisted, he finally had to fall back on the transport of goods, mainly vegetables.

Despite the pandemic, Ahmed was able to accomplish his project and find a solution to continue using his minibus. On a personal level, his life has also improved: he has now got married and is expecting his first child!