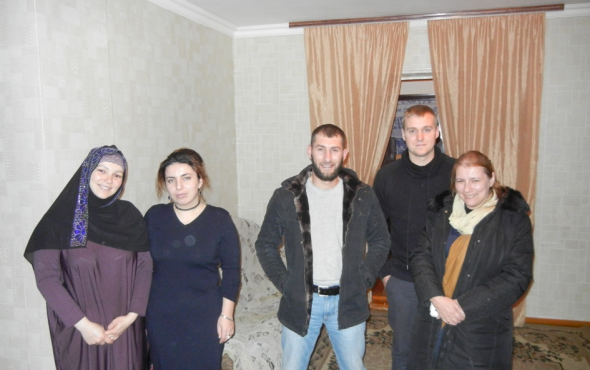 Back to stories
Chechnya

After 4 years in Europe, Dimitri and his family returned back home.

Dimitri arrived in Europe in 2012 with his family and three kids. He applied for international protection in France. There, Dimitri worked in a timber company. His wife followed French courses and his children went to school. However, their application led to a negative answer and they decided to go to Belgium in the hope of being recognised as refugees. Dimitri's mother-in-law became very ill at that time. The family did not want to wait for the outcome of their application anymore and decided to return home. Back then, the couple was expecting their fourth child.

After their return in 2016, Dimitri refurbished their destroyed house with part of the reintegration budget. His father helped him renovate the roof, the heating and the windows so that the family could quickly move in. In order to meet the needs of his family, Dimitri worked in a taxi company. Nevertheless, he had to pay taxes on his income so that there was little money left. With the help of the local partner of Caritas, he bought himself a taxi, which made it possible to increase his income.

The return is not easy for the children. They speak and write French fluently but not Russian. Part of the budget goes to their language courses. The children are still young and their parents are convinced that they will quickly adapt.